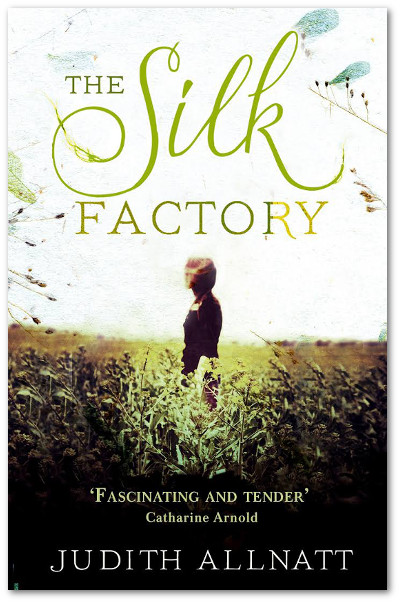 Anyone who’s lost someone is haunted

Rosie Milford inherits a house in an old silk factory after her mother’s death and moves there with her young children. The discovery of a shocking truth about her own childhood, when she is already reeling from the breakup of her marriage, fills her with distrust and fearfulness. Then she starts seeing a strange child, wandering in the garden, who seems as lost as she is.

In 1812, silk master Septimus Fowler has grand plans to keep his factory in step with the industrial revolution: he will plant mulberry trees, rear silkworms and import new mechanized looms. Orphan Beulah Fiddement works as a bobbin winder and has secrets that the master would go to any lengths to get. Caught up in a dark adult world of illicit love, rebellion and revenge, Beulah must put away her childhood and draw on all her spirit to protect those she loves.

Beulah’s story of guilt and bravery will echo down two centuries and change Rosie’s life as she struggles to overcome the hand of her own past and find redemption.

A friend who lived in my village, on the site of an old silk factory, reported odd sounds and a wholly unexplained smell of soot. This eerie oddity started me thinking about old buildings as the holders of many generations’ secrets and about the way both spirits and memories can haunt us. What would happen if I placed a modern character in such a house – a vulnerable young woman for whom the past already often seems more real than the present? What strange things might she see and hear? I began to read about the process of making silk: ideas as weird as wafting coal embers above the beds of silk worms to keep them alive during a thunderstorm, the practice of ‘kissing the shuttle’ – threading it with your mouth – that spread disease like wildfire through the work force, nineteenth century child bobbin-winders forced to work such long hours that, too exhausted to walk home, they hid themselves in storerooms to sleep.
Still dominating the skyline above the Northamptonshire village where I live, is a huge Georgian garrison, reputed to have been built as a colossal retreat for George III, should Napoleon invade. My research suggested otherwise. In the centre of the midlands, an area where weavers were starving and turning to violence and rebellion, blasthouses full of gunpowder and barracks full of soldiers, had quite a different purpose. Two stories – of a silk-weaving family living in desperate times and a young woman to whom a strange child appears – began to thread together in my mind, like bright tight-woven ribbons.

“An utterly compelling story, characters you care about deeply and a real feeling for the thread of the uncanny that runs through our lives.”Margaret Leroy

“I loved the gut-wrenching reality of birth and death in a world where people were just an extension of their machines. A book that lingers in the memory.”Catharine Arnold

Download and read an extract from: The Silk Factory 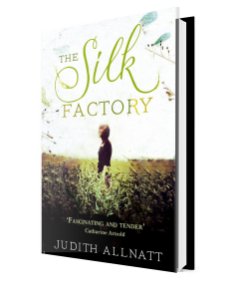